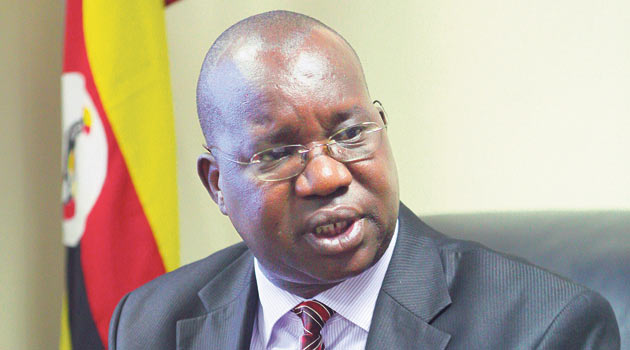 The Ugandan minister of Ethics  Integrity today called for a Press Conference to address the issue  pornography in the country. Now, Father Lokodo has been popular for quite a  now due to his various comments and his approach to morality in the  which is his mandate I believe.
The whole Ethics and Integrity ministry  one of those since its creation I have not been able to quite understand.  first minister to ever hold office was Miria Matembe and we loved for  very shrewd and outspoken. I remember her asking that men who rape young  be castrated because they cannot control themselves.

Up to today when she is addressing a public gathering or giving a speech somewhere – we will listen because she is a great entertainer. Hon Tim Lwanga – I used to see at church – but I do not remember him for anything really that he did while in office. The thing about the two is that they were both christians. The current minister Father Lokodo is  a catholic priest.That shows why the President always has in mind when assigning this particular duty – religion. Hon Nsaba Buturo was another minister – he also didn’t do much really. The moral standards [If any] during his tenure stayed the same or maybe became worse.So, Father Lokodo has been in the news for different reasons. He was appointed minister in May 2011. However he rose to prominence with the homosexuality issue. In May 2013, he was noted as saying that heterosexual rape was morally preferable than love or relationship between same sex. His argument being that the latter was ‘natural’ and therefore in a way ‘allowed’.

When he held his press conference today at the Ugandan Media Center – it was one of those shock moments. Reason being the content of his address was rather uncalled for.  He said that he was ready to fight the media who according to him are the biggest perpetrators of pornography. That he had been introduced to this thing called WhatsApp and that he now had a number on there. He also lashed out at parents saying that they do not care. This pornography debate was sparked of by the recent leaking of ‘sex tapes’ and nude pictures of celebrities in the country. The first incident unbeknownst to many even got coverage from the BBC. A lady musician got her pictures released onto Facebook by her ex- lover in a domestic brawl gone wrong. This was partly addressed by the minister today as well – he said that the ex-lover had been taken into custody.

My problem with Father Lokodo is that he has failed to understand what the problem of society today is. What he is addressing is the symptoms and outcomes of the greater issues of society. I honestly don’t see why there should be a national Press Conference on ‘pornography’in Uganda as if Ugandans invented pornography. It is one of those vices embedded into civilized and uncivilized societies from time immemorial. Secondly he is addressing a wrong crowd. This is because while we boast that we are technology compliant and all – internet penetration is not that good and a few Ugandans actually own smart phones. The bigger percentages of the people that consume pornography do not need a smart phone to do so.

While growing up, I realized that almost every trading center had that ‘local cinema’.They still do. This cinema never runs out of power and customers. They show European league football matches, translated action movies and the blue movies. They are usually made out wood and are dark inside. They are the ultimate entertainment spot for young people looking to ‘live the life’ in the rural settings. A movie will go for as cheap as 500/-.  Father Lokodo does not address this.

When you take a stroll in down town Kampala in the evenings, there are a lot of hawkers selling different kinds of merchandise. There are those with pirated DVDs of almost any movie that you want. And they will have the blue movies too. All you need to do is ask, pay and take one home with you. Father Lokodo is not addressing those too.

But then again, let us be aware of the times that we live in. As we had this conversation on Twitter this morning – a doctor friend of mine wrote me saying that they had a case at the clinic where she works when they had to give two young boys less than 11 years PEP [post -exposure prophylaxis]. Their mother brought them in  after they had sex with an age-mate who was HIV+. They did this after watching the older brother’s porn movies and trying to imitate the same. The mother bought the ARV’s but was very angry according to the doctor. And these are the realities of the life that we live – without the said leaked sex tapes. Those are only part of the negligible problem. The bigger issues are yet to be noticed let alone addressed. We seem to have a knack for the more trivial things though.

Father Lokodo with all due respect – your obsession with pornography is misguided. Hopefully one day we can strive to address the more pressing issues and the root causes of these problems. Curated tweets of the conversation this morning can be found here.