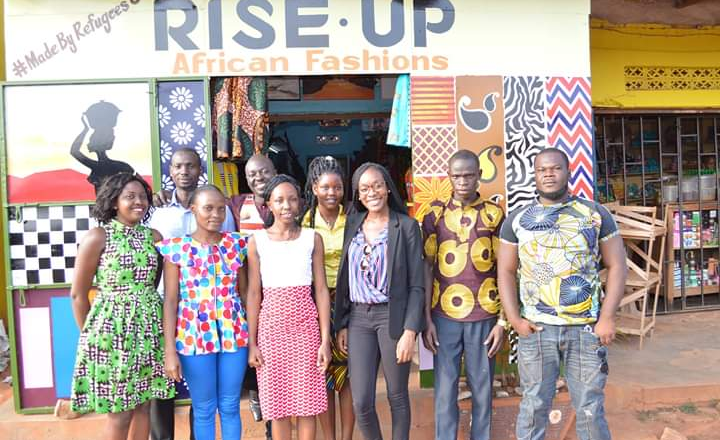 By 2050, Africa will have the largest number of young people, making up nearly twice the young population of South Asia and Southeast Asia, East Asia, and Oceania. Uganda is an important part of this population growth — 75% of the country is currently under the age of 30.

Unfortunately, Uganda’s large youth population also has one of the highest youth unemployment rates in Sub-Saharan Africa, with 13.3% of young people currently looking for a job. The ‘skilling’ of young people is a conversation that is very pertinent to the country that I live in and call home. However — we are not having enough of these conversations.

A growing proportion of Uganda’s young people are refugees. Over one million refugees have fled to Uganda in the last few years, making country the third largest refugee-hosting country in the world after Turkey and Pakistan. Young refugees must overcome many obstacles in addition to existing problems around Ugandan youth unemployment.

Donnas Ojok is the Founder and CEO of RiseUP Hub, a fashion and design social enterprise specializing in the production of authentic Africa printed garments and the training urban refugees. RiseUp Hub was started in 2018 and to date, it has provided complete tailoring packages to 50 youth in Kampala, 35 of whom urban refugees.

I spoke with him to learn more about the work he and RiseUp Hub are doing to support Uganda’s youth and refugee populations.

Q: Why did you start RiseUp Hub?

I started RiseUP Hub to rightfully situate refugees as effective contributors towards the development of the fashion industry in Uganda by providing an employment and skills development opportunity.

Q: Why is it important to ‘skill’ young people?

It’s important that youth are skilled for the simple reason that a skilled person has an expanded capacity to be an active economic and social actor. A skill increases someone’s chance to have access to a life-changing opportunity.

At Riseup Hub, we invest in refugees not only because we believe in their talents, skills, and potential, but we are also deeply convicted that a skilled person has the capabilities to be at the forefront of their own personal developments and be of service to their families and communities rather than partial recipients of humanitarian assistance.

And that is what the Ugandan government has said is the most important for the refugees:

“Train the refugees in skills. There will be more conflict if they go into production but with skills, they can get employment in urban centers where their acceptance is not based on where they come from but on what skill they have to serve the community. This also helps when its’ time for them to return to their home countries because they have the skills to support themselves,” President Yoweri Museveni speaking in Davos, earlier this year.

Q: Have there been any milestones to write home about?

Just one month after completing our most recent training of a class of 30 urban refugees, 10 trainees have started small businesses and 3 are employed. This makes me proud.

One of Uganda’s biggest undoings has been that whilst it’s population is young and very entrepreneurial, the businesses started don’t last that long. I was keen to know what else needs to be done alongside skilling young people.

Whilst I am a proponent of skills development, just skilling isn’t enough. Access to good employment opportunities requires a favorable environment for businesses to thrive. For instance, the likelihood that the 3 businesses started up by Rising Up trainees will fail is rather high and more often than not, this is less attributed to internal reasons from the entrepreneur but rather the bigger micro and macroeconomic policy questions they face.

So young and skilled people in the informal sector should be provided with opportunities to get contracts usually reserved for big companies.

To him, RiseUP isn’t only about ‘skilling,’ but also changing the mindsets of young refugees to believe in themselves