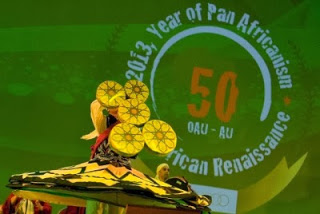 Sovereignty is the responsibility to protect. It refers to the authority, or sense of entitlement, deriving from the right of people to protect themselves, either individually or by seeking the safety of numbers. The proper function of a sovereign entity is protection and preservation of life of its citizens.

I was ranting online [Twitter to be exact ] about how I was not being able to get a visa for Senegal online ahead of a Youth Consultation meet in Dakar when a conversation began to happen. Uganda does not have a Senegal Consulate or Embassy in Uganda that allows one traveling there to get a visa. Neither do  most of the African nations, and yet we need to get a visa. Ivory Coast, Namibia, SierraLeone  are some of the other countries need visas for  Ugandan before entry into them.

According to the African Union Front, an organization that works to advance African Union sovereignty and freedom in the region:   sovereignty means the absolute power of a people to govern themselves, free from interference by other sovereign nations. A sovereign nation is a distinct political entity that has power over a specific geographical area. As a practical matter, however, no nation in the world today is completely independent. Economic and political factors also encourage and necessitate governmental interdependency. Would this explain the ‘lapse’ in the region? More theory and less practice?

African leaders talk about a sovereign continent but are not able to facilitate easy movement within the continent. It is easier for foreigners to get into our country and live happily ever after, or just transact business than it is for us to move within the continent. And as if that is not disheartening enough, sometimes one has got to go a ‘foreign’ country’s embassy for a visa. A friend on twitter says that about 6 years a go when they were traveling to Sengal, they got their visa from the French Embassy. And another who was headed to Ivory Coast was asked to go do the same; to  go to the French Embassy here in Uganda. And I wonder with this kind of dependence, will we as Africans  ever get the respect that we need .If we cannot sort our travel issues amongst ourselves and have to seek shelter in  an European Country’s systems, how are we able to negotiate anything in our favor?

African leaders have made grand gestures of political unity but have failed to make the grandest gesture of all, political autonomy. For example: Kwame Nkrumah’s vision for “one continent, one people and one nation” was to be the political sugar that helped the economic medicine go down, even though it was Nkrumah who argued that colonialism had merely made way for a type of neocolonialism.

But then again ; as someone put it :If there’s no shame in getting a visa from European country to go to an African country, why would we find shame in an European based trial? As the saying goes : “You make your bed and you sleep in it.” There was a whole session and voting on the International Criminal Court proceedings with Kenya than was on food security and or  democracy in the last seating.
The African Union has jurisdiction over any crimes committed in the states unless the Pan African Parliament has expressly granted states that power. But we don’t see that exercised at all!

Such policies or the lack thereof are what see our African Union community scrambling to be heard and respected.  50 years down the road and the issues at hand are ignored and the priorities are wrong. The sad part of the African story.

Is it possible for our leaders to stand up and be counted? And as we embrace and celebrate the notion: “Africa Rising”; let us think thoroughly about our future! If we want to be ‘sovereign’, we need to work hard for it!

One thought on “African Union sovereignty: what does that even mean?”