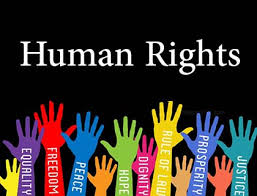 On 21 November 2017 proprietors and editors of Red Pepper, a tabloid newspaper in Uganda were arrested.  Those arrested include Arinaitwe Rugyendo, James Mujuni, Richard Tusiime, and Johnson Byabaraha who are also known to have a huge share in the business, the media institution.  A Police spokesperson in a briefing after the arrests said the were arrested in relation to a story published in the paper on 20th November that had false and inciting information.

The paper ran a story about Uganda’s President Yoweri Museveni working hard to topple Rwanda’s President Paul Kagame. This is apparently a story that showed up online a day or so ago. The source of the story is not known.

They applied for Bail and on 5th December, they were sent back to prison with the magistrate saying that they needed another 14 days to consider their bail application. They were finally released in time to spend Christmas holidays with their families and they are due in court on January 19 2018.

Usually when there are arrests of people that we know, the Twitter constituency in Uganda will go up in arms. A hash-tag is created and online advocacy takes effect on behalf of those in trouble.

This did not however happen for the proprietors and editors of the Red Pepper newspaper.  Instead a number of people took onto social media to voice their support for the arrests. One of those that did was a TV Presenter who openly voiced her discontent:

“You have defamed people, you have destroyed people’s careers and relationships, you have shattered dreams, you have undressed mothers, disabled fathers, you have crushed role models, belittled Kings and Queens, you have accused men of God falsely, you have told material falsehoods about people you have indeed made money out of sowing in the Devil’s Gardens.”

Since its inception, the Red Pepper has premised itself on sleaze and gossip.  Sometimes the stories especially on politics when written will show up later in the leading dailies.  But the gossip of who is sleeping with who is what makes people mad – because like the preceding quote, people never get to recover from it all. Innocent people have been accused and condemned and many homes and families have been hurt and broken.

For some people in Uganda, whatever is written in the Papers is the gospel truth.  And as a result, majority will not care if an apology or retraction is put in the papers the next day. It presents a huge challenge for the affected people. So in a way you will understand the sentiments of people celebrating the arrest of the editors and owners of the newspaper.

There are however some that are asking for justice.  The African Center for Media Excellence put out a Press Release calling for the release of those arrested. I saw it because it was put out on Twitter. I am not sure though that it made it into the ‘news’ on any of the main news channels in the country.

And so here again is the question of moral obligation Vs Human Rights activism. Modernity Vs Tradition. We see this a lot in Uganda especially with the LGBTi community. There are so many forward thinking ‘human rights activists’ that will say NO to recognition of LGBTi persons mostly because of religion and culture. The Bible says…., The Q’uran says..

The most recent debate that has made big Twitter conversation has been “Kneeling”. Is it right or wrong? Should cultures uphold this practice or not? Is it a sign of power to have people kneeling before you or social injustice?

How do we ensure that culture is preserved in modern times while upholding human rights?

These are discussions that will continue to hold in 2018 and beyond. There are very many blurred lines of what is right or wrong – that if an opinion is voiced, it is immediately subject to scrutiny. What is sad is that these opinions in a way get to affect policy and what finally culminates into Law. A good example is the Anti- Homosexuality Law in Uganda though it was repealed.

Many people will continue to suffer injustices because they do not have enough people in their corner to defend them against the Law that has been made by people who are very much influenced by African Tradition, Religion and so many other values.

This is a debate/discussion / occurrence that I am determined to look out for especially this year. Can we find a compromise? Is that even the question?

One thought on “Of Culture & Religion Vs Human Rights”