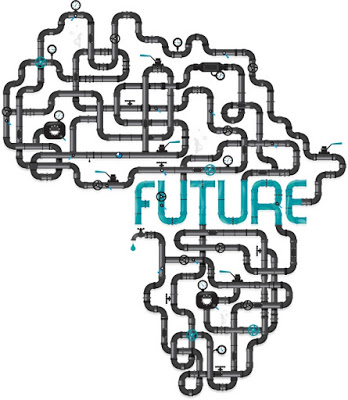 A group of futurists gathered in Nairobi
this past week to discuss development trends for countries in the developing
world. Representatives from 3 continents namely Africa, Asia and Latin America were in attendance. The theme for the gathering was: Foresight and Resilience
for Equity.We got to exchange dreams, hopes,
past experiences and most importantly the surprises that had happened over the
past few years that were bound to have an effect on what happened in the future. The meeting was called the Searchlight Convening organised by the Rockefeller Foundation and Society for International Development.
I am interested in the African
story because that is what I know best.
Africa is a large continent and is often referred to as a country
sometimes.[I have no idea why.]  But it is
not one block. It is a lot of so many things. It has different cultures, up to
200 languages and diverse economic and political situations. It is home to the
Arab Spring nations where youth using technology managed to help overthrow
governments. It is also home to countries like the Democratic Republic of Congo
which has had more years of war and conflict than peace.
In illustrating the African story as we look
forward to the future, the year 2030 to be exact, reference was made to a great
poem written by William Butler: ‘The
Second Coming’.
“TURNING and turning in the widening gyre
The falcon cannot hear the falconer;
Things fall apart; the centre cannot hold;
Mere anarchy is loosed upon the world,
The blood-dimmed tide is loosed, and
everywhere
The ceremony of innocence is drowned;
The best lack all conviction, while the worst
Are full of passionate intensity.”

Three important clips used to capture the story in looking towards the
Future are: Things fall apart, the center cannot hold and the Falcon cannot
hear the Falconer.
‘The Falcon cannot hear the Falconer’
This phrase was used to illustrate relationships. In 2030, as we look
into the future we see a lot of relationships being built and lots more others
failing. Relationships between citizenry (the people & their mindsets) are very
crucial.  Our attitudes as Africans and
how we perceive ourselves are the greatest hindrance to development yet. The
relationship between the citizenry and culture for example: Will culture still
shape our decisions as it has been doing in the past? Culture in Africa defines
a lot. Access to information and technology could increase resilience, or to
destroy social fabric. How many times do we sit t our dinner tables as family
and instead of having a conversation among-st ourselves, we are busy paying
attention to our gadgets? Today people look to Churches, Mosques and Temples to
root themselves and foster relationships. It is either the mega huge churches
or the youth led religious gatherings that people are looking to for a
definition of who they are and their identity. The New Normal all over Africa
is Mega churches, as TV/Social Media evangelists
are also on the rise.  We are feeling its
impact now and will do so even in 2030.
Things Fall Apart
In the future, there could be a shift in the way things happen. They
could fall apart for Africa. This looks at a probability of a blow back from the
lack of inclusive economic growth and the realization of the consequences.
Today we have so many uneducated and unemployed youth. The educated youth in
Africa are getting an education that is sub-standard. Students from Nigeria
leave the country to go get education in Ghana. This means that they have no
faith in the education system in their country. Uganda and Kenya share similar
situation. Students from Kenya travel to get an education from Uganda. However
the Kenyan education authorities have began to disallow the certification
received. What will this look like in 2030? There is also Climate Change
Trifecta: Increasing food insecurity, forced migration and conflicts fueled by
resource nationalism. Increased food insecurity could lead to forced migration
[ as we have seen in the Horn of Africa]. Conflict becomes the end result as
people scramble for land and resources. This situation could pull us apart like
we have seen in  Mtwara Tanzania with
natural gas or pulling us together as we have seen with the countries through
which the West African gas pipeline runs.
‘The Center cannot hold’
Today there is the Rise of people power through the use of
technology. We see this with what happened in North Africa. Blogs, Twitter, use
of phones have given people a voice were they can express themselves with no
fear. The future will definitely see most of this. Where the ‘ center’ that we
know, and are used to can no longer hold.  The governments that we think are super powers
and strong begin to fall through. This also creates and presents a scenario
which we are also beginning to see regionalism and local governments have
greater power, slowly by slowly shifting from the center  As a result there is
a creation of new roles for the States. There are new social compacts evolving
contrary to what people have seen, know and have been accustomed to.
In all of the three scenarios:
Africa needs to ACT now and ACT quick. We need to be able to step out of
ourselves and our comfort zones and ‘dream’ for the Africa we want to see for
us and our children. Recognizing these trends, and understanding that we don’t
have to be certain but resilient in pursuit of what we believe in as the future
of our continent is a good place to start.
In the words of Chinua Achebe: ‘People
say that if you find water rising up to your ankle, that’s the time to do
something about it, not when it’s around your neck.’