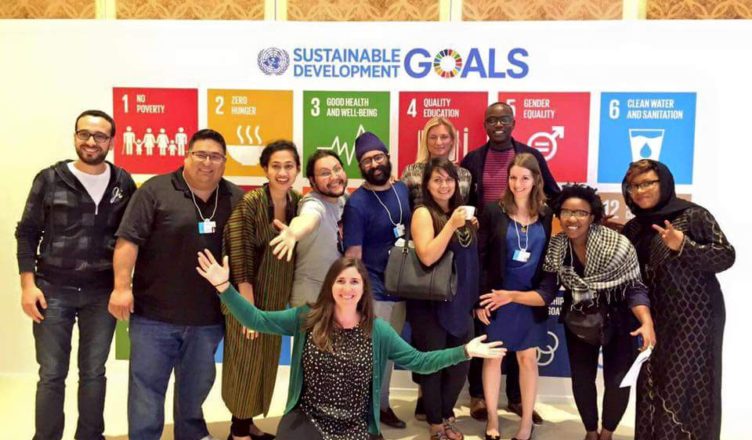 How happy are you? When was the last time that you were asked that question?/- I cannot remember.
Because its a ‘personal ‘ question. If you ask me – Are you happy? – its depth speaks of an existing relationship. One of accountability & one with a history.  Its not one of those questions we throw around and move on without half listening to the answer.  So, happiness is then very personal. That is why is sounds queer to have that conversation with a minister.. To have your government ‘in charge’ of your happiness.  Governments are supposed to be clueless about certain things. And no matter how we know them, happiness is not part of what we want them to have a say over.

The United Arab Emirates has this year at the World Government Summit made happiness the center of its agenda. This is because they are actually an authority on the matter.  in February 2016, they  appointed a Minister In charge of Happiness, Her Excellency Ohood bint Khalfan Al Roumi as part of  UAE Cabinet. And so in the UAE- the citizens happiness somewhat lies in the hands of the government.

You know how we always say that the personal is political and the political is personal – this is just it.  Blurred lines and all – they no longer exist. However unique or queer this scenario looks, it brings to mind SDG 3 which is about well being.   And if we determined to achieve Global Goal 3, then this is a great place to start and it is very legitimate.  “The essence of global health equity is the idea that something so precious as health might be viewed as a right.” Dr Paul Farmer says.  And Happiness is all about that, being healthy and well.

I  am reminded about my first visit to Dakar, Senegal and why I have fallen in love with the city – because everyone runs.  A drive or walk in the evening everyday – you will not fail to notice how athletic people are. They are running, the beaches are turned into running alleys.  You have lots of young people gathered, exercising together. They are either running around the beach,  or using the installed workout benches. You will not believe that.  So I probed this and I am told that  volunteers from several of the city’s neighborhoods installed  the machinery, endorsed by  MBagnick Ndiaye, the Minister of Sports in Dakar then, in 2013.

One thing  very crucial to note is that achieving the SDGs looks to a holistic approach, one that calls for integration. And according to the Happiness Report 2016: When countries single-mindedly pursue individual objectives, such as economic development to the neglect of social and environmental objectives, the results can be highly adverse for human well-being, even dangerous for survival. Many countries in recent years have achieved economic growth at the cost of sharply rising inequality, entrenched social exclusion, and grave damage to the natural environment.

A look at Denmark and Sweden who are top of this index, one will realise that they are are actually happy nations that are prosperous.  The SDGs are designed to help countries to achieve a more balanced approach, thereby leading to higher levels of well-being for the present and future generations. And Happiness needs to be that glue that sticks everything and everyone together. A happy people are definitely a prosperous people.