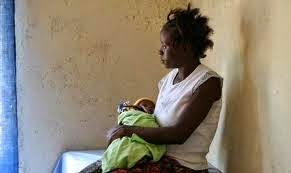 The primary school that
I went to was Christian based. We read the Bible every morning during our
school prayers and we had assembly once a week. The assemblies are where the
naughty ones would get reprimanded and the good ones would get praised. Sex education
was one of those things that we stumbled into especially between primary 5 and
7. The school had a matron, but I do not recall being able to walk up to her
freely and talk to her about my sexual reproductive health. What we were talked
adequately was menstruation. On occasions when the toilets were found soiled,
the girls in the school would be summoned class by class and talked to. The
advantage is that it was a small school, so it was easy for that to happen.
Teenage pregnancy, HIV/AIDS, STDs & STIs were not a thing that we heard
about often or that we got to talk about.
When I got to secondary
school, the numbers were bigger. We had a biology class and being an only girls
school, I think that it was easier for us. Yes we read Straight Talk, the local
health center came a month into every term to screen us for pregnancy, but
there was no outright talk on teenage pregnancy and contraceptives.

I remember watching a
popular TV drama once in a while at home that UTV used to show during the
holidays. It was called Dangerous Decisions.  It was a 66 minutes Tele-drama sponsored
by the World Health Organization, made on safe motherhood in Uganda. The story
line is what made me promise that I would never get pregnant during school. It
meant being rejected by my father and being ridiculed by the society including
the church going members. That was my sexual reproductive health   education.

I was lucky. According to United Nations Population Fund teenage
pregnancies in Uganda start as early as 15 years of age. Knowledge on the
fertile period among females aged from 15- 24 stands at 16% in Uganda compared
to 17% among males.  This means that the
majority of the sexually active young people are not aware of their fertile period.
A study by UNICEF in 2011 shows that 30% of the girls who dropped out of school
did so due to pregnancy related reasons.
These statistics are over whelming. By the time young people in Uganda
reach 18 years, 60% of the young women and 47% of the young women have had
sexual intercourse. That also means that they have been exposed to HIV/AIDS,
STDs and STIs.
How did we get here? Or rather now that we are here, how do we move on?
Contraceptives:
In some societies even for the married, contraceptives and family
planning methods are viewed as a taboo. This is thanks to the African
Tradition. The religious people have argued that introduction of young people
to contraceptives is in a way telling them to go and be immoral. And that is
not something that we ignore. Do we want an ignorant youth population that is
not able to make decisions for them or are we looking at empowering our young
people? Because that is what education on the use of contraceptives does,
coupled with the message of teenage pregnancy. A friend that went to Mbarara
University narrated that, when she was in Uni, they had ABC peer groups,
through which they distributed pamphlets and fliers on Abstinence, HIV &
AIDS, abortions etc. To their surprise the condoms always run out but the
literature, not so much. This shows that contraceptives are needed so much when
put with in the right environments.
Education:
Education goes a long way in helping to bring to end teenage
pregnancies. And it does so at many levels. Statistics have shown that keeping
the girl child in school is a good thing. Therefore investments in education on
the national level are a big plus for the girls in school. More schools, more
teachers, more enrollment, more access to education will help us fight this
good fight. Some people have talked about sexual reproductive health being
included into the national school curriculum. That would be a very big step. It
can be that class that is done once a week like Physical Education. [PE] That
way the 13 year old will know about reproductive health and what it means to
them way before they start seeing change in their bodies. And when the change
happens, they will be able to make informed decisions. Education also means
empowerment especially for the girls. At the end of the day: the girl has got
more to lose when she is with child at an early age. She will most probably
drop out of school, get disowned and sometimes married off. She could opt for
an abortion- which if in rural Uganda may be very detrimental to her health if
she is able to survive it. AN empowered girl will know if she is safe to have
sex or not. She will be able to say NO to sex until when she is ready.
Education for the boys is
essential as well. The straight Talk foundation has got a program called
‘Pregnancy for boys’. It sounds cheesy, but then young men need to be informed
of their role in getting a girl pregnant. Some are ignorant of the whole
process until later on when they are older. They too need an education. An
empowered boy will know about the menstruation cycle and will also know that
there is such a thing as contraception. He will be able to make smart choices.
Availability of
contraceptives and education when looked into are great interventions as we try
to end the tragedy that is teenage pregnancy in Uganda.
But for the most of us
that are reading this and have an education: what are we doing to empower the
less fortunate among us? A journey of 1000 miles [which this one is] begins
with a single step. So, go on, share the word.